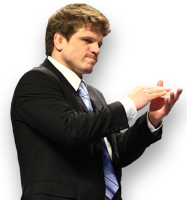 A native of North Royalton, Ohio, Kulczycki graduated from Michigan in 2003 with a bachelor’s degree in sports management and communications. His high school wrestling career was a success as he was a two-time Ohio State Champ, four-time Ohio State Place-winner, and a two-time Cadet World Team Member. Furthermore, Coach Mike Kulczycki was a 2001 All-American and four-time NCAA qualifier at 149 and 165 pounds, Kulczycki ranks among Michigan’s most successful wrestlers in program history with a 110-41 career record, placing him among the top 20 on the Maize and Blue’s all-time wins list. Known for quickness on his feet, he twice led the Wolverines in take-downs, accumulating more than 500 throughout his career, and boasted back-to-back seasons with 30-plus wins, including a team-leading 38 during his sophomore season. Kulczycki served as team captain during his senior season and was named the 2003 recipient of the Steve Fraser Award for mental toughness. Additionally, he went on to coach at University of Michigan for 8 consecutive years. During these years he coached: